A particular objective of the magazine CONCORDIA (CRZ), founded in 1982 and published by Raúl Fornet-Betancourt, is to promote exchange between the German, French, Spanish-Latin American and North American cultural regions. In each issue contributions and reviews are published in four languages.

CONCORDIA promotes this exchange with thematic booklets and studies on the development of contemporary intercultural philosophy. Since 1984, a total of 12 issues have been published, among others focusing on contemporary philosophy in Latin America, Korea, India, the Arab-Islamic region, Peru and Chile.

Another special feature that characterises CONCORDIA has to be emphasised in this context, which is the publication of conversations with important philosophers of our time. In this respect, the journal has so far conducted interviews with the following philosophers:

As a complement to the intercultural perspective, CONCORDIA also wants to promote interdisciplinarity in contemporary philosophical reflection. It is therefore open to contributions from other disciplines such as theology, sociology, anthropology and political science. In this way it wants to be the meeting point and organ for the discourses of all those who seek to uncover new ways of understanding and transforming of our world. 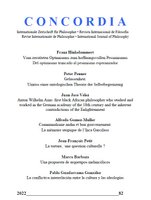 Founded in 1984 and edited by Raúl Fornet-Betancourt, the series supplements the magazine CONCORDIA with monographic studies published in German or Spanish.

The more than 70 volumes of CRM provide insight into the origin and development of the project for the intercultural renewal of philosophy. At the same time, they point to a number of key areas of work that bring together and link the various contributions and research initiatives. They draw attention to new challenges and tasks that inspire further work. 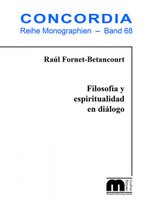 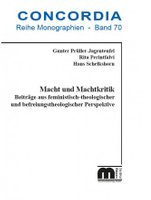 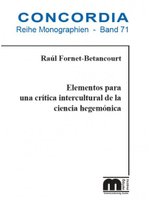 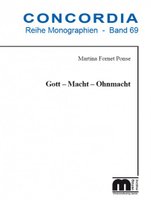