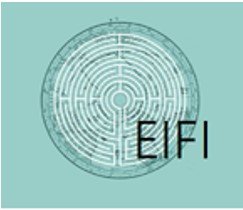 THE EIFI - A "SCHOOL COMMUNITY".

Since its foundation, EIFI has been supported by professors from more than 70 universities in various disciplines, from Nazan (Japan) to Harward (USA), from Moscow (Russia) to Buenos Aires (Argentina) or Abidjan (Ivory Coast). Some of them are part of the International Academic Council whose function is to advise and accompany the work of the EIFI.

As part of its work, EIFI regularly organizes courses, seminars and congresses which are open to all interested members of the public. EIFI activities are conducted in several languages, depending on the origin of the teachers and, at the request of the participants, can be certified for academic recognition purposes.

The EIFI configures its work around three fundamental axes: "Philosophy, Spirituality and Society", from the interest of promoting intercultural philosophy as a platform for an integral knowledge that also includes the language of the senses, intuition and love.

In addition to courses and seminars, the EIFI offers advice and accompaniment in research work, counting on the collaboration of an interdisciplinary team, composed of the members responsible for the three thematic axes mentioned above. To facilitate this work, the EIFI has a specialized library at the disposal of those interested.

The EIFI understands itself as a "school-community" for a plural coexistence in a common world, open to all those who share its objectives and want to help in its realisation.

>> to learn more and to collaborate

Series of Dialogues of the EIFI

To get involved with

For a plural coexistence

in a common world