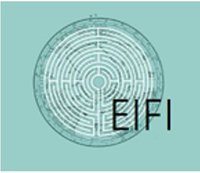 This philosophical congress series, founded by Raúl Fornet-Betancourt takes place every two years; it has been coordinated in Mexico City since the very first congress in 1995. The main objective is to transform philosophy in a dialogue with the cultural diversity of humanity and thus to lay the foundation for a more just and more solidary coexistence in cultural diversity.

The most important topics of the congresses include: the cultures of philosophy, interaction and asymmetry of cultures in the context of globalisation, concepts of humanity and interculturality, universality and cultural justice.

>> Renewal of philosophy in the dialogue of cultures

>> Information on the program are coming soon.

of the North-South Dialogue Programme

Since the first seminar in 1989 in Freiburg i. Br. (Germany), the interdisciplinary seminars initiated and coordinated by Raúl Fornet-Betancourt are held every two years. In changing venues, intercultural exchange is constantly opening up to new contextual environments by making them the focus of the debate on the great questions of humanity.

Starting from a philosophical exchange between discourse ethics and liberation ethics or liberation philosophy, this dialogue program addresses social challenges from the 1980s onwards: Poverty, human rights, democracy in cultures, globalisation, justice and solidarity, encounter between cultures of knowledge and cultures of wisdom.